This is my take on the single responsibility principle and how we can take it further.

The principle tells us that:

Let's dig straight into an example in ruby.

So here we have a class that follows SRP. It deals with the transformation of data ready to be merged with a template. In this case it is a blog post's view.

However I don't want to just tell you about SRP. I want to show you my take. I think the above example doesn't fully encapsulate like SRP mandates. My personal take on single responsibility comes in the form of a single entry point to the behaviour of an object. That means one public function only! I would personally write the above code like so:

You might observe that I'm not storing any state in this object. You'd be correct. This is more a functional style of programming. It unties data from behaviour. And this is the crux of single responsibility for me. In order to decouple systems you shouldn't be passing objects around with their behaviour. Passing behaviour around in a variable in the form of an object will lead to more code knowing more shit.

Why don't you want code knowing more shit? Because the less it knows the less things go wrong when the facts it knows are no longer true.

Of course the two examples found within this post are not the same. One is an object that has many public accessors to the data it contains. Some with transformative behaviour on the data that was initially passed into the object when it was instatiated. The other takes a hash and produces a hash. However both can be used with mustache templates so for me it's not an issue.

I like passing around my data in hashes and behaviour in objects or functions. It depends on the language and first class nature of functions. Ruby you have to pass around objects. In Clojure or JavaScript you can pass methods around but anyhow I digress.

I love this principle and if you don't you will learn to love it in time. Following it will keep your code self contained. It will lead to less dependencies.

I will write more on this subject but until then let me make a quote up.

The less bytes know about other bytes the better 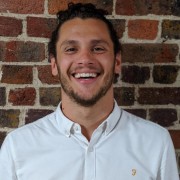